Discover the Mayan past of Belize

One of Belize’s most-boasted historic monuments, Xunantunich is located in San Jose Succotz Village, Cayo district, above the Mopan River. Xunantunich, which translates to “maiden of the rock,” is a Classic Period ceremonial center of the ancient Maya. The picturesque site has numerous stone structures, with its main building “El Castillo,” or “The Castle,” looming at an impressive 130 feet in height. This makes it one of the tallest man-made building in Belize. The astounding temple was known to host palaces and private shrines for the Maya, with crouch-inducing doors since the Maya people were known to have been less than average height.

Once visitors have cross through the ferry and made the trek up the steep hill (if they hiked instead of driving), they have more climbing to go. “El Castillo” challenges climbers with an infinite number of steps, but the breathtaking view – both literally and figuratively – is worth it. From the top of the “castle,” those who braved the climbing and altitude can spot a great bird’s eye view of the grand verdure around them. Below, one of the lower temples is known for its large stucco frieze.

The prominence of the ancient city began to rise between 700 A.D. to 900 A.D. despite Mayas settling at the tail end of the Early Preclassic period. The name “Stone Lady” or “Maiden of the Rock” came from the legend of a ghost woman who constantly appeared at the site. A villager from San Jose Succotz claimed he saw a beautiful stone woman near the site while he was hunting. He described her as wearing the traditional Maya clothes “huipil” and “pik.” Since then, many others have claimed they have also spotted the mysterious lady near “El Castillo,” hence the locals donning her the name “Maiden of the Rock.”

With “El Castillo” being the highlight of Xunantunich, it is no wonder many Belizeans and tourists alike take advantage of the massive ornamental structure. At the top, many host photo shoots, picnics and the occasional wedding! The exquisite site tells a story of the Mayas that centuries later is still being heard, or at the very least, impressing those who dare to immerse themselves in the castle.

Other websites with information about Xunantunich archaeological site

Discover the heritage of the colonial cities, the National Parks, and the pre-Columbian ruins of Copán in Nicaragua, Honduras, and Guatemala. 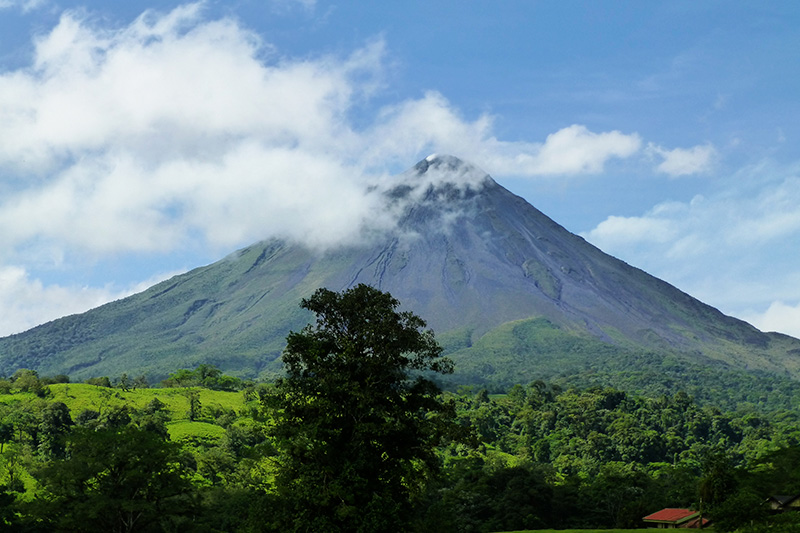 Belize and Guatemala I

A tour that combines rest and relaxation with visits to stunning natural areas, Mayan ruins, and the best hotels.