There are trips that mark you, places that stay and are part of you. For me traveling to Central America was one of those trips, and somehow a lifelong dream awaiting to be fulfilled. Getting on the plane, and thinking that I was about to discover countries I did not know, almost as much as the curiosity and attraction I felt towards them. And suddenly, almost as if it were an irrational love, falling in love irremediably as soon as I stepped on them.

El Salvador, the so-called “Tom Thumb of America” ​​due to its size, is a small country with a unique wealth, and especially a big heart. Nature everywhere, millenary history through its Mayan pyramids, and a great culture and gastronomy like that of the pupusas, its national dish, for a destination that has it all. But Nicaragua also surprised me. With friendly and familiar people, this country is a land of volcanoes that left a lasting impression with live images that will not be deleted from my memory ever in my life, such as looking at the crater of the Masaya volcano. Unforgettable! From a colonial past that is felt in each of its corners, Nicaragua, and its cities such as León and Granada, true architectural gems and full of color and a splendor that still shine. And if that were not enough, activities as spectacular as going down the slope of the Cerro Negro volcano to almost 80 kms/hour on a board. Central America is also pure adrenaline! And after Nicaragua, I discovered the meaning of a very special expression: “Pura vida.” Costa Rica is the perfect definition of it. Living nature that embraces you strong and connects you with it better than any Wi-Fi network. It is almost the same way at a human level, thanks to the warmth that the “ticos” transmit to you, and their sympathy with all those who visit them, and who systematically go on to become “maes” (friends). I had never seen so many animals in freedom before. Tapirs, macaws, monkeys, turtles, sloths, iguanas, alligators, and all kinds of frogs and insects, and the list goes on. 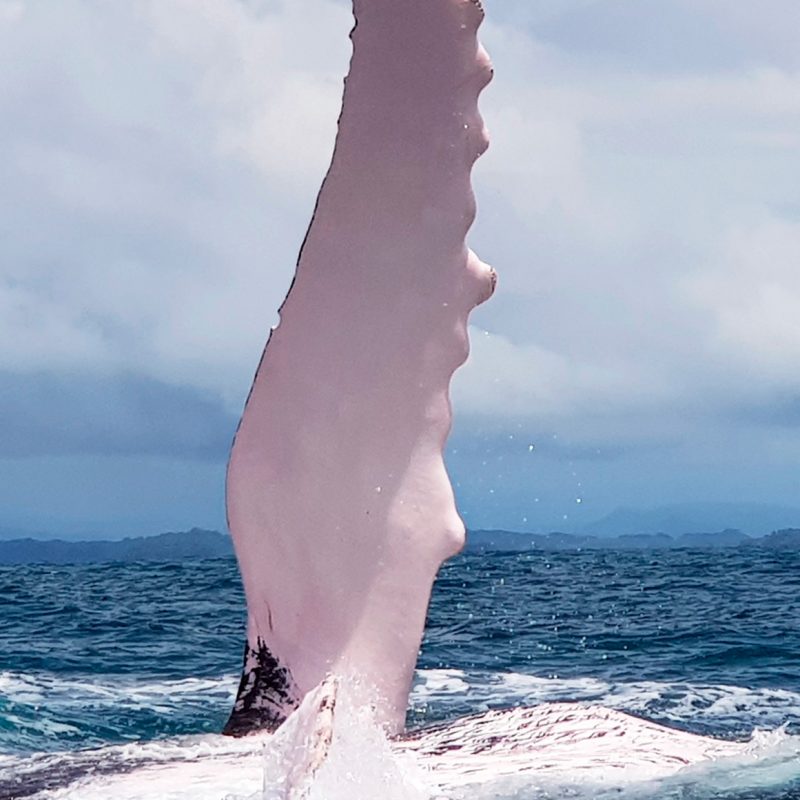 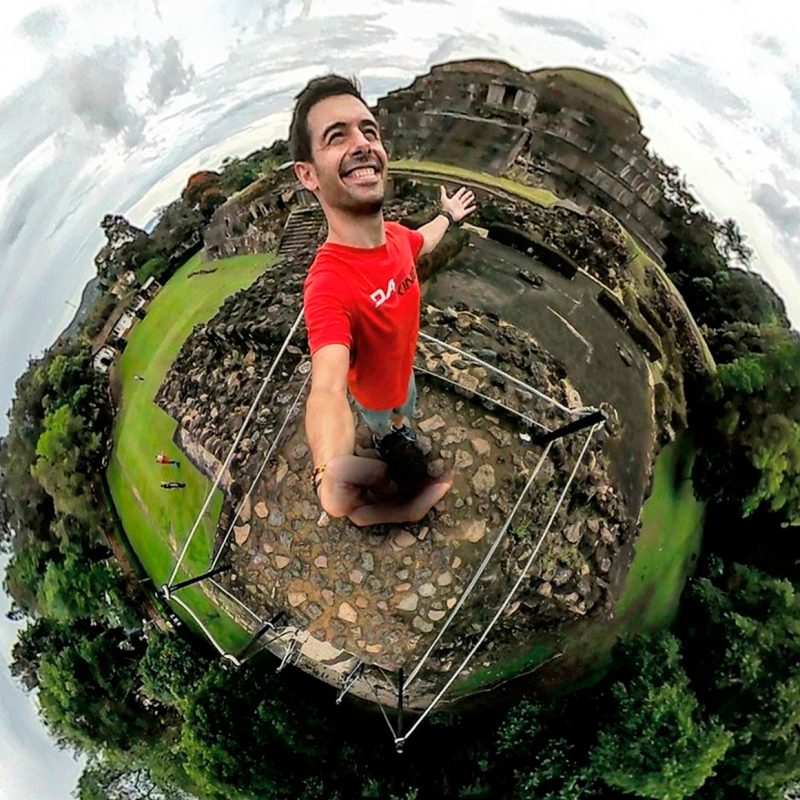 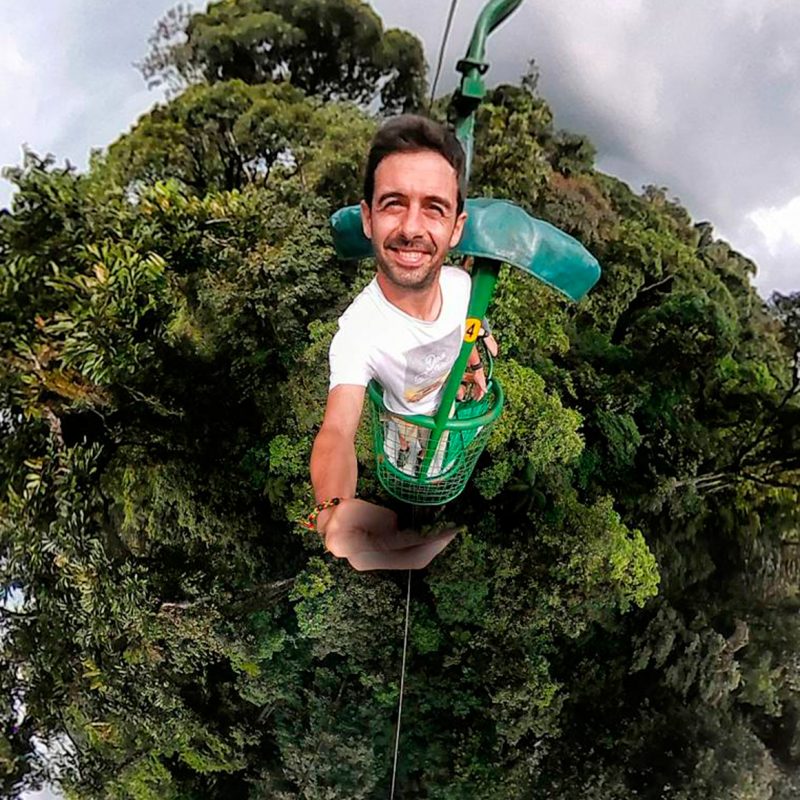 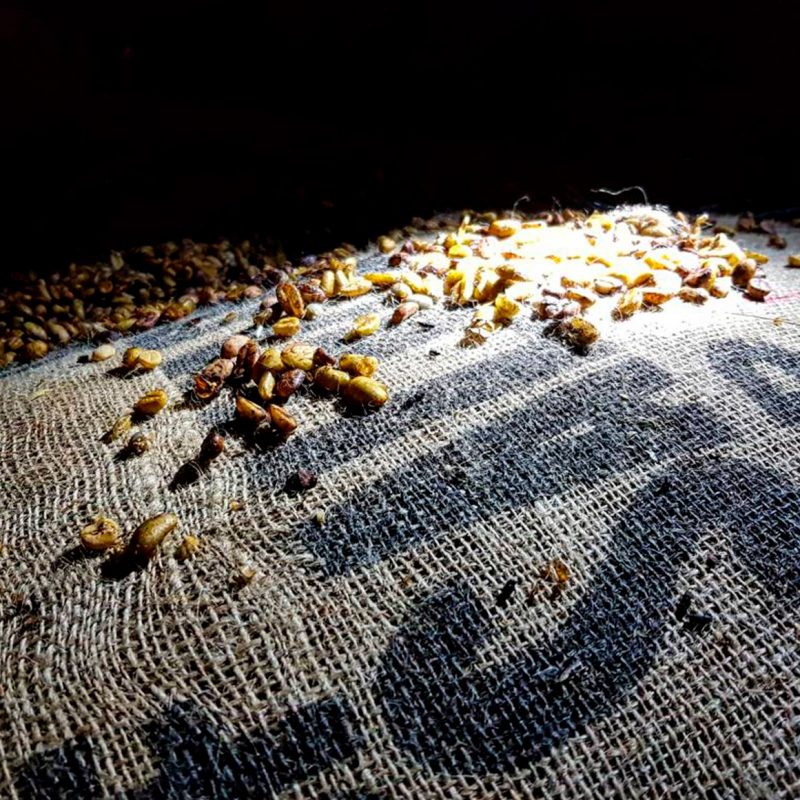 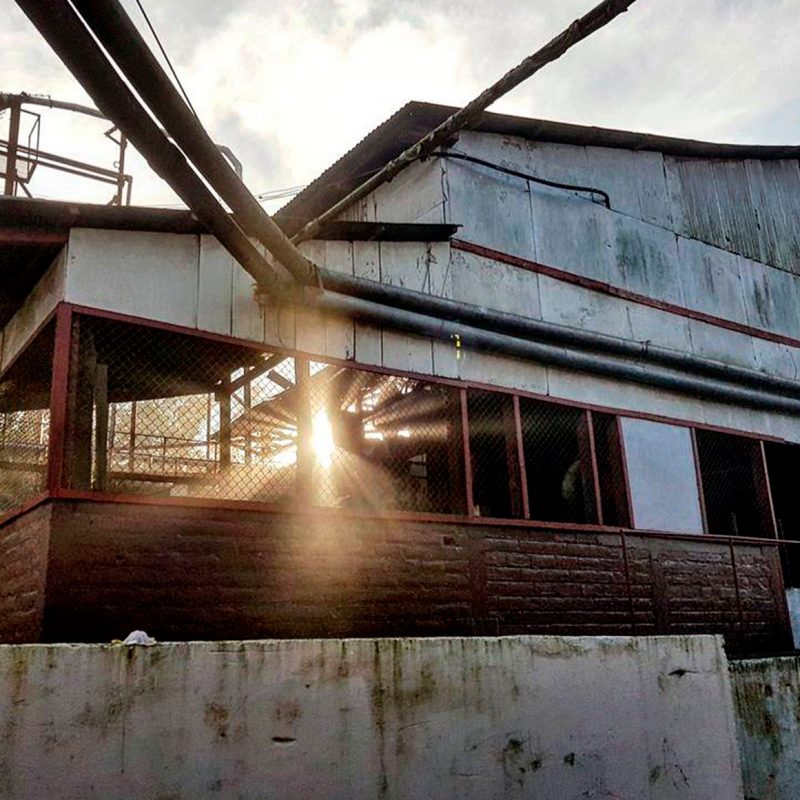 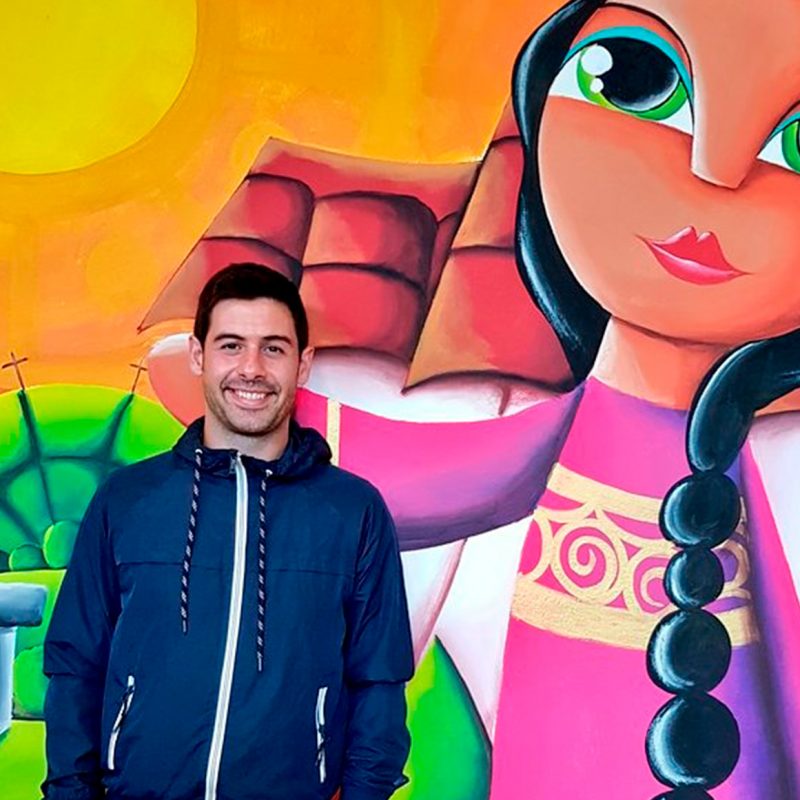 I landed in Panamá, and I realized that of all the countries, this was really the one I had heard about the least. An absolute surprise in the form of destination. From fascinating snapshots like seeing the skyline of the always bustling city of Panamá in the heart of its old town, to heading up to a very special place: Chiriquí. There, in Boquete, an area of nature and mountains, I discovered the Geisha, the most expensive coffee in the world, and I took the tour of the hanging bridges. But about Boca Chica, I experienced another one of those moments that will remain etched in my memory forever. After a boat ride, luck wanted to give me whale watching! I did not know there was whale watching in Panamá. And suddenly, that family of three whales, like if they knew that I was watching from the boat, displayed an endless number of pirouettes and maneuvers to the delight of the few who witnessed that show! Even today, I find it difficult to find words to describe that moment, but happiness is one that comes to mind. And finally, also in Panamá, I met an indigenous culture like that of Emberá Querá by visiting their community, another culture, and a way of life that survives modern times within the country.

How difficult it is to summarize all these experiences and moments in a few lines. Central America left a mark on me, and the time I spent there was rudely short and insufficient. There was much more to discover, other countries to visit, and I felt that I had barely begun. At the same time, I sketched a smile that covered my face almost without realizing it, feeling happy to have had the opportunity to see those wonders. And while I checked my backpack and went through my thoughts, going down the aisle of the plane in search of my seat, I promised myself that this would not be my last visit, that I would soon return to this part of the world that I had fallen in love with.